Getting to Grips With Tennis Elbow

Sports people are often reminded to warm up, cool down, and practice good form when exercising. When we’re in our twenties (and assume that we are immortal and invulnerable) we may ignore this sage advice and throw ourselves around courts and fields with abandon. However, as our bodies age the tendons and ligaments holding us together can get tired, and once we hit 30 we are far more likely to be affected by tennis elbow and similar complaints.

Don’t think, though, that because you don’t play tennis that you are immune to the effects of lateral epicondylitis, which is caused by inflammation of the tendons in the elbow. While this condition is commonly called tennis elbow, less than 5 percent of all complaints are caused by racquet sports.

What Are The Symptoms of Tennis Elbow?

How do you know if you are suffering from tennis elbow? Common symptoms include stiffness of the elbow especially in the mornings, painful forearm muscles or tenderness and aching in the elbow, as well as a worsening of these effects when gripping an object tightly.

These symptoms are common in joints that are overused in repetitive tasks such as using a screwdriver, painting with a roller or brush, or the use of gardening shears. But it’s not just handyman jobs that cause issues: If you are involved with throwing sports such as javelin, racquet sports such as tennis or squash, or even activities such as constant typing or using scissors then you are also at risk. 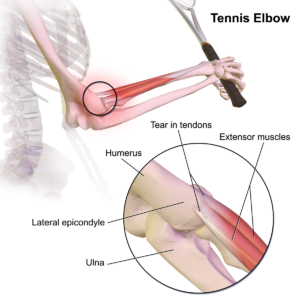 Thankfully, most instances of tennis elbow are not serious and will get better on their own. The pain experienced when using the forearm, wrist or elbow in a way that aggravates the affected tendon tends to prevent further damage – which is a good thing. Pain is our body’s way of telling us that we need to rest a problem area.

Home remedies including ice, rest and strapping, as well as making use of anti-inflammatory medication are almost always recommended to allow strained tendons to heal. Most importantly, stop doing the thing that made your elbow sore in the first place!

Do I Need Surgery for my Tennis Elbow?

In most cases, the self-limiting aspect of this condition forces you to rest and allows the tendon to recover. However, if you have tried resting and ice packs and you still feel persistent pain then you may have to consider surgery.

Your orthopaedic surgeon will work with you to determine the extent of the injury and may have to remove a portion of the damaged tendon to relieve the pain.

It’s always a good idea to talk to your health professional when you feel persistent pain or swelling in your joints or arms. What may look like tennis elbow may be a combination of stressors within your arm which can usually be determined with x-rays and a professional opinion. Go easy on your joints, and talk to your doctor. 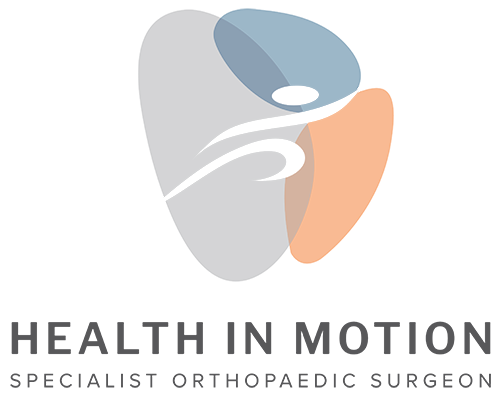 Practice No 0306770
Dr Sachin Baba is an orthopaedic specialist, focusing on hands, elbows, and shoulders. He has a number of practices situated along the dolphin coast for his patients’ convenience.

Give us your details & we’ll call you back.